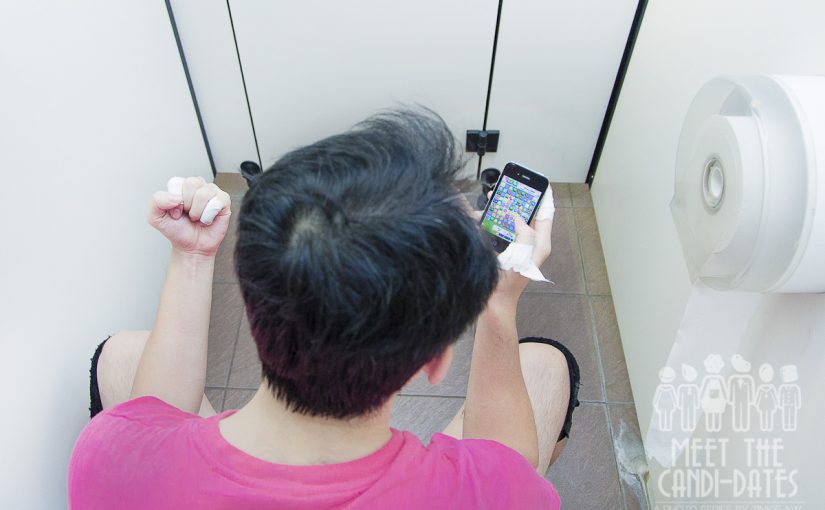 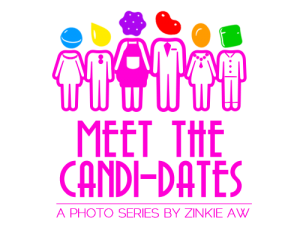 Candy Crush Saga, the game, feels like a big National Pastime to me:

Everywhere I go, I see people with those candy screens, or hear the game tunes.

I wanted to capture these snippets, talk to these people from all ages, understand their craze with the crushing, and also show bits and pieces of my country, Singapore.

With that, App-y New Year to Strangers, Friends and Family!

Well, given that candies are not everyone’s favourite, phenomenal mobile puzzle game Candy Crush Saga certainly has it better. What’s more, it’s suitable for all ages from 2 to… as-old-as-you-are-game-to-play!

So why and how has crushing (on) candies become our new National Pastime in Singapore, and globally?

Let’s chew on it: As published on guardian.com in November 2013, “…Candy Crush Saga remains a mobile gaming phenomenon: the top grossing app worldwide on both Apple’s App Store and Android’s Google Play…” Indeed, in the same month, Candy Crush Saga turned one on mobile formats. A birthday present its fans gave to the game? Statistics of half a billion downloads across all formats, and 150 billion games played since launch. Touted in its description on the world’s favourite social network site, this game is “the sweetest facebook game ever.”.

So for the longest time this year, my opening statement at social functions or usual walk along the streets would be “Good afternoon, do you play Candy Crush?” Best pick-up line, eh? In response, those who do play would grin and reply along the lines of, ‘Why miss, you need lives to level-up?”

Every year, I try to tick off the year with a trend that impacted upon my society. Much as ‘selfie’ has been named 2013’s word of the year by Oxford Dictionaries, this addictive game to me has brought a far more resonance in Singapore, and the world around me. As a tourist elsewhere in the world, I have also met so many fellow travellers who would be playing the game at their breakfast table, or on their commute.

It is almost as if adults, both men and women alike have been granted public license to re-embrace those excessively colorful and ‘kiddy’ candies that have since been forsaken from childhood memories.

Termed by some players as an ‘annoyingly addictive’ game, this mobile game is live example of a cultural phenomenon that adds weight to discussions on Instant Gratification (sans the gain of calories and sugar levels associated with candies!) and Social interaction on Virtual Reality that transcends time and locale, akin to long-established Massively multiplayer online role-playing games (MMORPG).

What’s another perk like what a candy gives as well?

Interestingly, periodical encouragement words like ‘Sweet’, ‘Delicious’ and ‘Tasty’ work in tandem with motivation (praise) theories. Who doesn’t like that dose of (sugar-high) praise, especially when you’re heading to work on a dreary Monday, enslaved in the office, or packed like sardines on the evening commute towards home? These bursts of encouragment, aka. sweet talk, essentially a form of gamification, is also the reason why consumers return for more.

The appeal of Candy Crush Saga has also been related to argumentum ad populum theories. It’s definitely fun because you get the feeling that whole nation is playing along with you, on the buses, trains, and in the long queues… The sense of community and a member being aware of who is at what level, based on its facebook app (a useful way for me to figure who can help me in this photo project, by the way…) makes it highly ‘sticky’ and likeable.

Through the quest of not looking for candies but for people who ‘candy crush’, I have been treated to many fun stories too:

> A cab driver tells me that his ‘night shift duty’ is to play Candy Crush on behalf of his wife, who has difficulty crossing on to her next level of play in the game.

> Another colleague tells me at a recent Christmas gathering party, a large percentage of his ex-schoolmates were in fact passing phones to the ‘Seniors’ in the Candy Crush level realm, so that they could advance.

Then a quick third example, just to quote from a handful, is that there is the Mum-Smses-Me-For-Lives-While-I’m-At-Work Syndrome, pestering for a response of a social assistance call for lives for the game.

By the way, some toilet cubicles seem to be are hogged onto forever in the huge office building. I often wonder if ladies are holed up playing Candy Crush Saga inside, and that’s why they do not come out soon.

The beauty of this game also is that there is virtually no age gap: For instance in my reality, these virtual players like the nephew and the elderly neighbour are both be able to educate me on the various types of levels, moves, jellies, ingredients and special candies. The system architecture is marvellously simple and integrates simplicity adopted from match-three patterned games like the classic case of Bejeweled, and yet has variation as well as a storyline involving animation of Tiffi and Mr Toffee.

If ideas could be weighted, my take is that Candy Crush phenomenon is equally pertinent and widespread phenomenon as what Gangnam Style did to us in 2012, as depicted in my previous trend series: Once Upon A Gangnam Style. This game even makes an appearance in Psy’s music video “Gentleman” released this year.

Many have boasted to not have spent a penny on the game, but I guess going by the popular quote by Benjamin Franklin, time is money. I am intrigued by how much passion and time has been devoted to candies this year.

Indeed, I’m sure with the major expansion to the game launched just recently in December 2013, more will be spent on this National Pastime.

I’m glad though, that even though I do not play the game, Candy Crush has given me the chance to reconnect with old mates, as well as make new friends young and old due to the fact that I was looking for help in my project.

Happy First Anniversary, Candy Crush Saga, and may you bring more (tricks or) treats to this human race.

P/S: No ‘lives’ were lost in photographing these subjects.
Featured here or not, thank you to all who modelled for me! 🙂

This series has been featured on: